Behind the Red Curtain: a Memoir, by Hồng-Mỹ Basrai 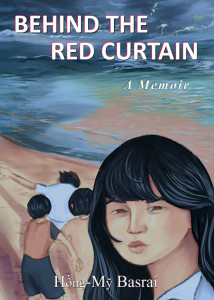 This memoir recounts post-war life inside fallen Saigon and the Lê Đăng family’s harrowing journey in search of freedom and life.
The story begins in April 1975 inside a chaotic Saigon. To the upper middle-class Catholic and French-educated Le family, the end of the Vietnam War marks the beginning of a long struggle to survive communism while trying to escape the country. Within the context of this bigger drama is the private journey of the author, a thirteen-year-old girl coming to age in an uncertain time.

Praise for Behind the Red Curtain.

“With Behind the Red Curtain, Hồng-Mỹ Basrai has rendered a  compelling and courageous story of her life and survival during the fall of South Vietnam. In gripping prose, she recounts her family’s repeated desperate and dangerous efforts to emigrate afterwards, and even harsh imprisonment under the post-war communist regime. With a deft writer’s hand and eye for detail, Basrai brings us into the intimacy and beauty of her Vietnamese culture and her family’s heritage, and then launches us into a journey that is heartbreaking, hopeful and triumphant all at the same time. Behind the Red Curtain is a must-read book that will keep readers glued to the page and change their lives forever.”

—Ms. Ruth Nolan, M.F.A., M.A., professor of English at College of the Desert, editor of No Place for a Puritan: the Literature of California’s Deserts and author of Ruby Mountain.

“The heart of Behind the Red Curtain consists of the nearly unimaginable difficulties of escaping to freedom; the details of repeated failed plans; the brushes with injury and death by land and by sea; the loss of savings; and the work to start over and over again. The tenacity of the family, their collective will power as they help one another through everything, including imprisonment, is inspiring.”

“A riveting and poignant memoir written in lyrical and moving prose. This story will touch your heart.” 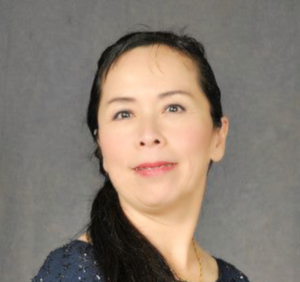 Born and raised in Saigon, Vietnam, Hồng-Mỹ Basrai (née Lê) is fluent in Vietnamese and French. Hồng-Mỹ’s love for literature and languages was evident from a very young age. Transplanted at twenty-two to Southern California, she picked up English and improvised with the borrowed language to make it her own. She holds a Bachelor of Science degree in Chemical Engineering from California State University, Pomona and an informal degree in self-taught English. She is a member of the Writers Club of Whittier. Hồng-Mỹ ‘s writings can be found in Eastlit Literary Journal, 2011 Writing from Inlandia Anthology, East Jasmine Review, and Invisible Memoirs “Lionhearted”.