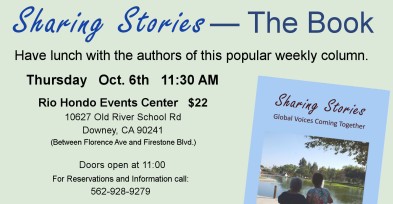 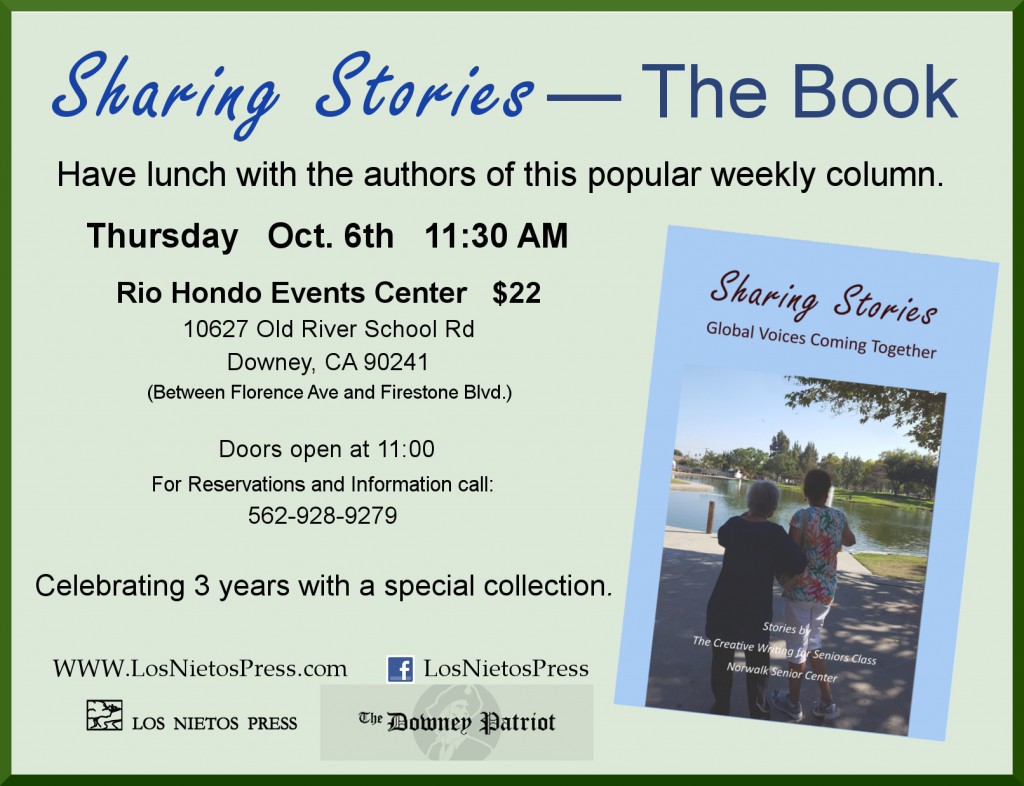 Los Nietos Press is pleased to announce the release of Sharing Stories: Global Voices Coming Together.

This collection of 39 stories  by members of the The Creative Writing for Seniors class, held at the Norwalk Senior Center, is a celebration of the stories that have poured out of this class over many years. The anthology contains the work of 39 authors, selected from the “Shared Stories” columns that have appeared over the last three years in The Downey Patriot and The Norwalk Patriot.

“The weekly column from which these pieces come … is an example of journalism at its most organic, with raw and honest storytelling that shines a light on the American way of life, in all its varied forms.”
— Eric Pierce, Editor, The Downey Patriot

For more than a decade, a senior center southeast of downtown Los Angeles has been a gathering place for individuals who come to learn about writing and to share their stories.  Some participants join the group as new writers, while others have dabbled in poetry and various forms of prose.   It is a friendly group, always open to newcomers. 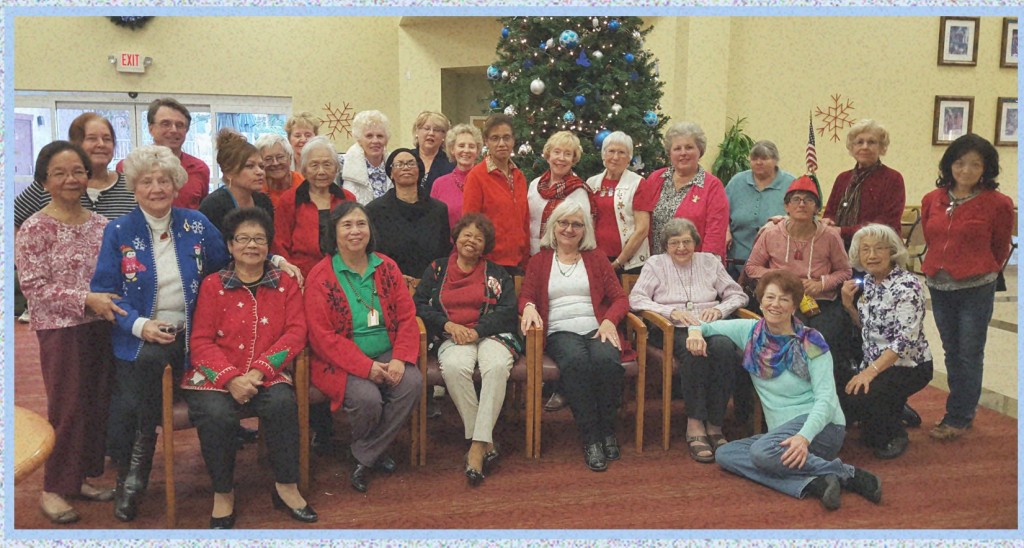 Members come from all walks of life – housewives, office workers, veterans, educators, medical personnel — and their backstories reflect the diversity of southern California.  They are both native born and immigrant.

Three years ago, The Downey Patriot began featuring the stories from this writing group in a weekly column, “Shared Stories.”  This anthology celebrates the column’s anniversary.