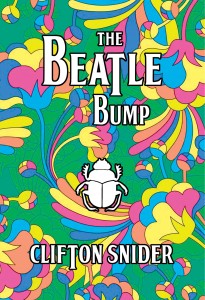 A must read for any Beatles fan, Clifton Snider’s book of poems, The Beatle Bump, is an inspired, unique look at the greatest rock ‘n’ roll band of all time.  Written in the years after the murder of John Lennon, The Beatle Bump explores the Beatles as an archetypal, in the Jungian sense, world-wide phenomenon.  The poems, often irreverent and playful as were the Beatles themselves, are written in a variety of forms–free verse, song lyrics, nonsense verse, a sonnet, and even a couple of fan letters.  The Beatle Bump is both a time capsule and a work of lasting art. 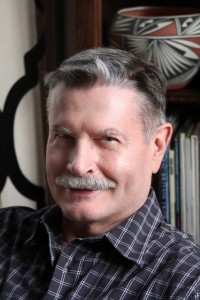 Clifton Snider, faculty emeritus at Cal State University Long Beach, is the internationally celebrated author of ten books of poetry. A career retrospective of his work, Moonman: New and Selected Poems, was published to great acclaim by World Parade Books in 2012. He has published four novels, including his first historical novel, The Plymouth Papers (Spout Hill Press, 2014).  A Jungian/Queer literary critic, his book, The Stuff That Dreams Are Made On, was published in 1991, and he has published hundreds of poems, short stories, reviews, and articles internationally.  He pioneered LGBT literary studies at CSULB.  His work has been translated into Arabic, French, Spanish, and Russian.

“With a combination of history and whimsy, Clifton Snider impressionistically captures the essence of being a Beatles fan.”

“The Beatle Bump takes us back to the world of the Fab Four. This is not just a love letter to the band, but an exploration of what it was like to be alive and in love with the Beatles. He takes us on a journey from the time of the Cavern Club all the way through to the years after we lost John. This was an emotional journey, a retelling of my early life. Snider might be one of the best poets alive today. He’s certainly one of my favorites.”

—John Brantingham, The Green of Sunset