“There is a new book of poetry and prose on the horizon of the Inland Empire, a book  establishing its place in the literature and lore of our tantalizing region and carving out its own  storied spaces here in the voice of San Bernardino Valley native liz gonzález,” says Ruth Nolan, Contributing Columnist to the Inland Empire’s Press-Enterprise newspaper. 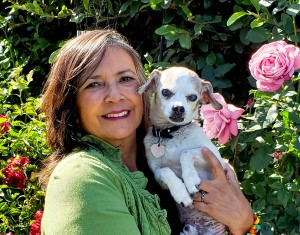 “‘Dancing in the Santa Ana Winds: Poems y Cuentos New and Selected,’ published by Los Nietos Press this summer, places gonzález’s family and personal stories on a word map of her own making that is recognizable to readers familiar with our region’s geographic templates and Chicana, Mexican American and Mexican immigrant cultural iconographies,” says Nolan. “The book’s  vibrant writing is both personal and universal in its appeal.”